The [Royal Marines] Mountain and Arctic 1971

In 1971 Action Man gained the 'The Royal Marines Mountain and Arctic' set as part of the famous uniforms range, similar in appearance to the preceding Ski Patrol figure of the 1960s but more obviously tailored to British tastes. It later had its 'Royal Marines' description dropped two years later and became (listed at least as) Mountain and Arctic. It underwent a few detail changes through a production span of approximately 10 years and does not appear in the 1981 Equipment Poster.

The Action Man Mountain and Arctic uniform is best worn over another soldier uniform as it is a little transparent. The earlier cap was khaki coloured and had a material curtain at the back of the neck that was stitched through the plastic. Early skis featured springs and metal sole plate to hold boots in an arch shape through which the toe of the boot passed. This differed in detail from the skis associated with the Ski Patrol figure of the 1960s, which had springs that layed flat to the ski and gripped the edge of the boot sole to connect with no sole plate. The ski sticks had silver pointed tips and white wrist straps (the SKi Patrol equavalent had red wrist straps). Skis eventually changed to elastic band type connectors, and ski sticks finished with rounded white ends. The elastic bands used were the natural sourced colour. Thicker and white is shown in the images as my replacement for effect. The Bayonet scabbard and bayonet handle were white. The webbing was swapped out to all in one plastic type in the late 1970s. The ealrier fabrics were not heavy, but lighter fabrics did work their way into production. There is a finer, lighter weave pouch that the one pictured for instance. On launch the SLR rifle had an adjustable elastic strap, but would progress to a plastic strap on mid seventies issues, as did the goggles. Pictured is an earlier Action Man with 'painted hair' dating from 1966 for display purposes. The 'current' Action Man in 1971 had flock hair (introduced in 1970). The later figure in the plastic webbing is an Eagle Eyes figure dating from 1978. 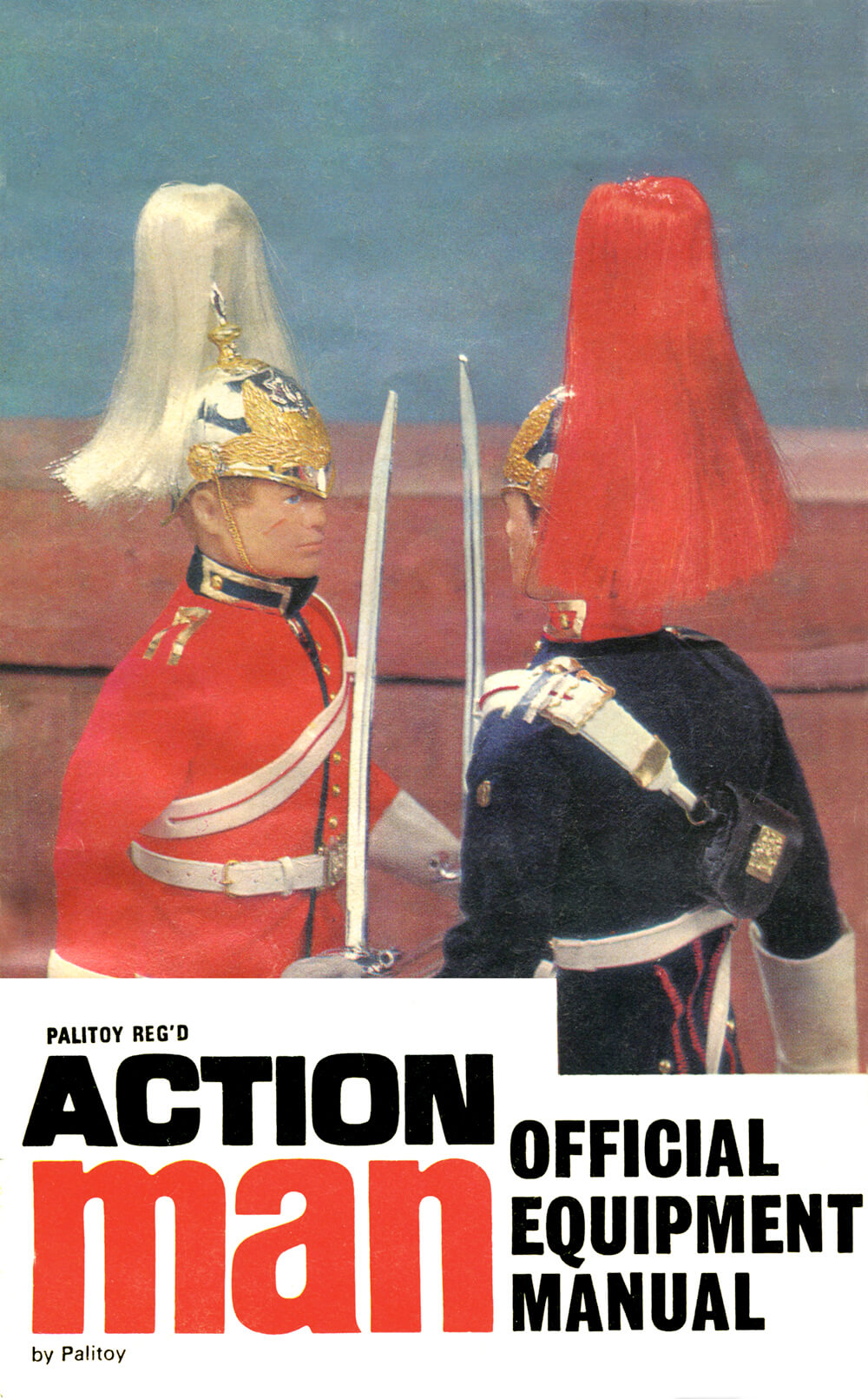