Brown boots and fatigues are needed from the basic figure.

"Kit out your Action Man for every phase of military service with these authentic true-scale equipment sets", read the Equipment Manual. The Paratrooper is basically an accessorised Action Soldier. A version of the Paratrooper outfit was launched in January 2017 within the 50th Anniversary range. The 1966 accessories could be bought separately and included:

The Action Man 'Combat' Paratrooper is a fully accessorised Action Soldier. He is typically paired with the 'Beachhead Assault Jungle Camouflage' tunic and trousers, as depicted on the box art - borrowed from The GI Joe 'Marine' original box. You will have also needed to purchase the Combat Helmet Set to complete the set. If you just preferred to buy the parachute, you could 'borrow' it from the Pilot range (see below). Many accessories were available for pocket money prices, and it would have taken a few trips to the toy shop to get a completely kitted out Paratrooper. The Army Manual (that was included with the boxed Action Soldier) had details of how to set up this figure, and other Action Man accessories available. A hard to find piece within this set is the helmet netting in good condition, and the Carbine bayoner hanger is vulnerable to damage. Early pistol belts had a adjustment slider. More often than not, elastics used in the helmet, Carbine and leg scabbard lose their elasticity, over-stretch, and need sympathetic replacing. The 2017 50th Anniversary edition Paratrooper packages the entire set along with working chute and hybrid figure. The Camo Fatigues and parachute were also produced in the 40th range. 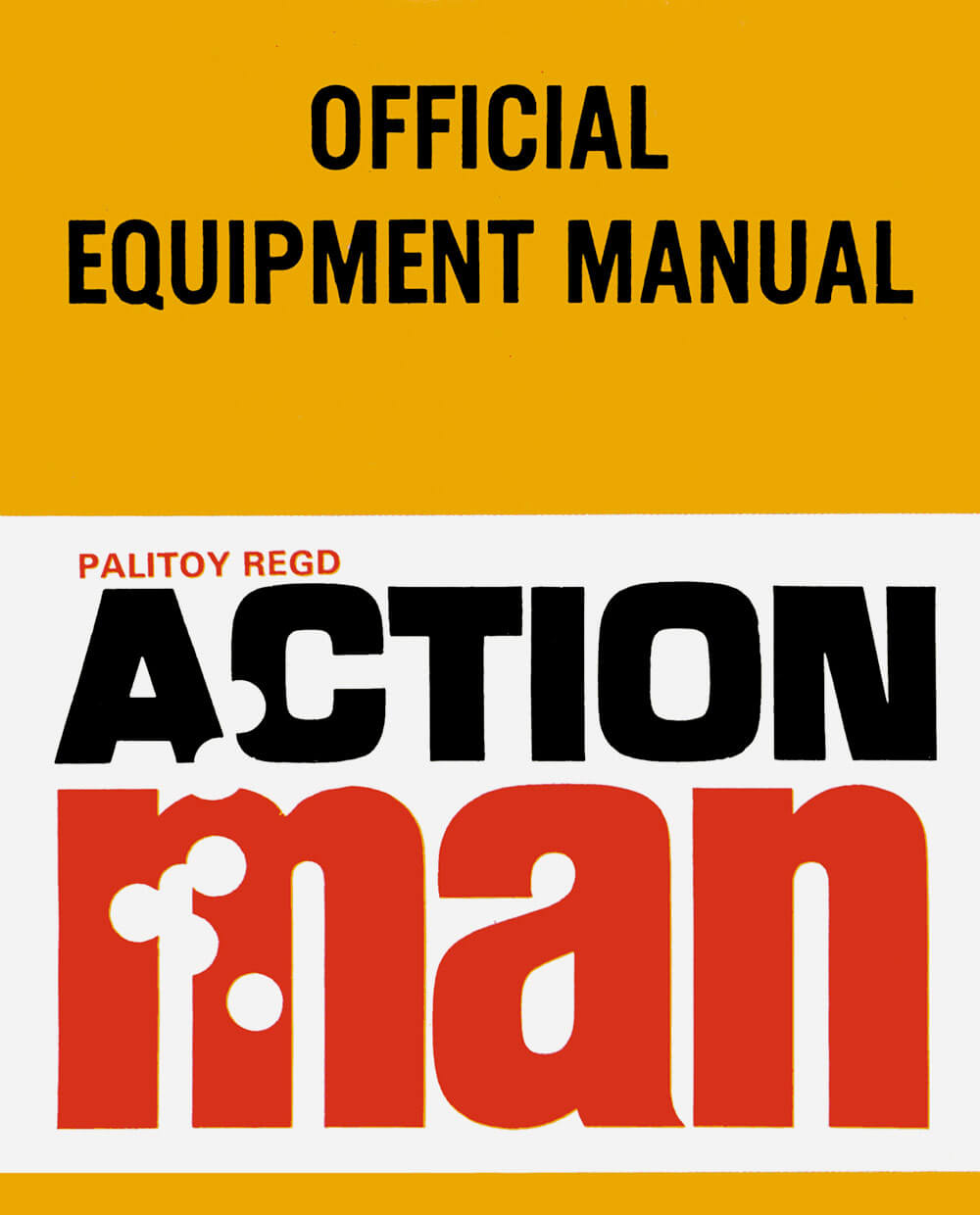 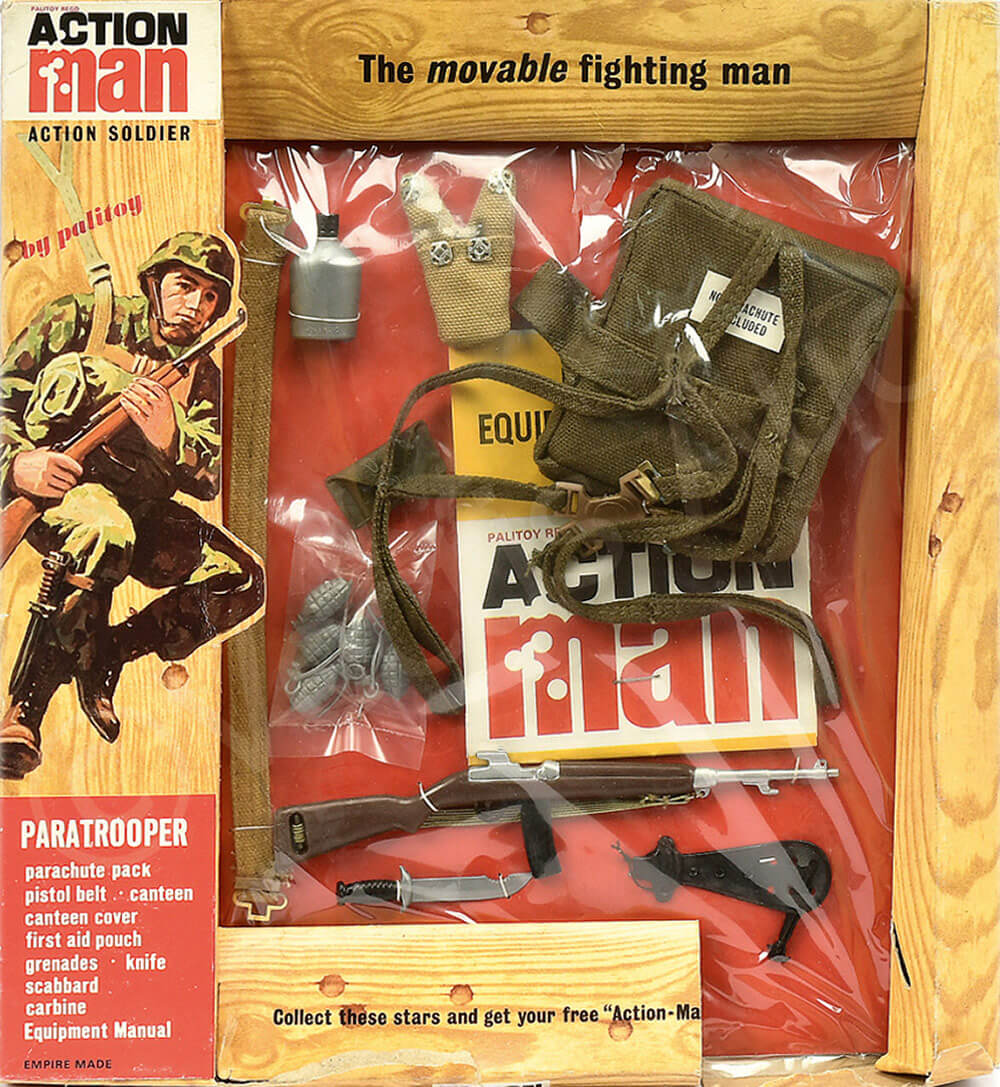 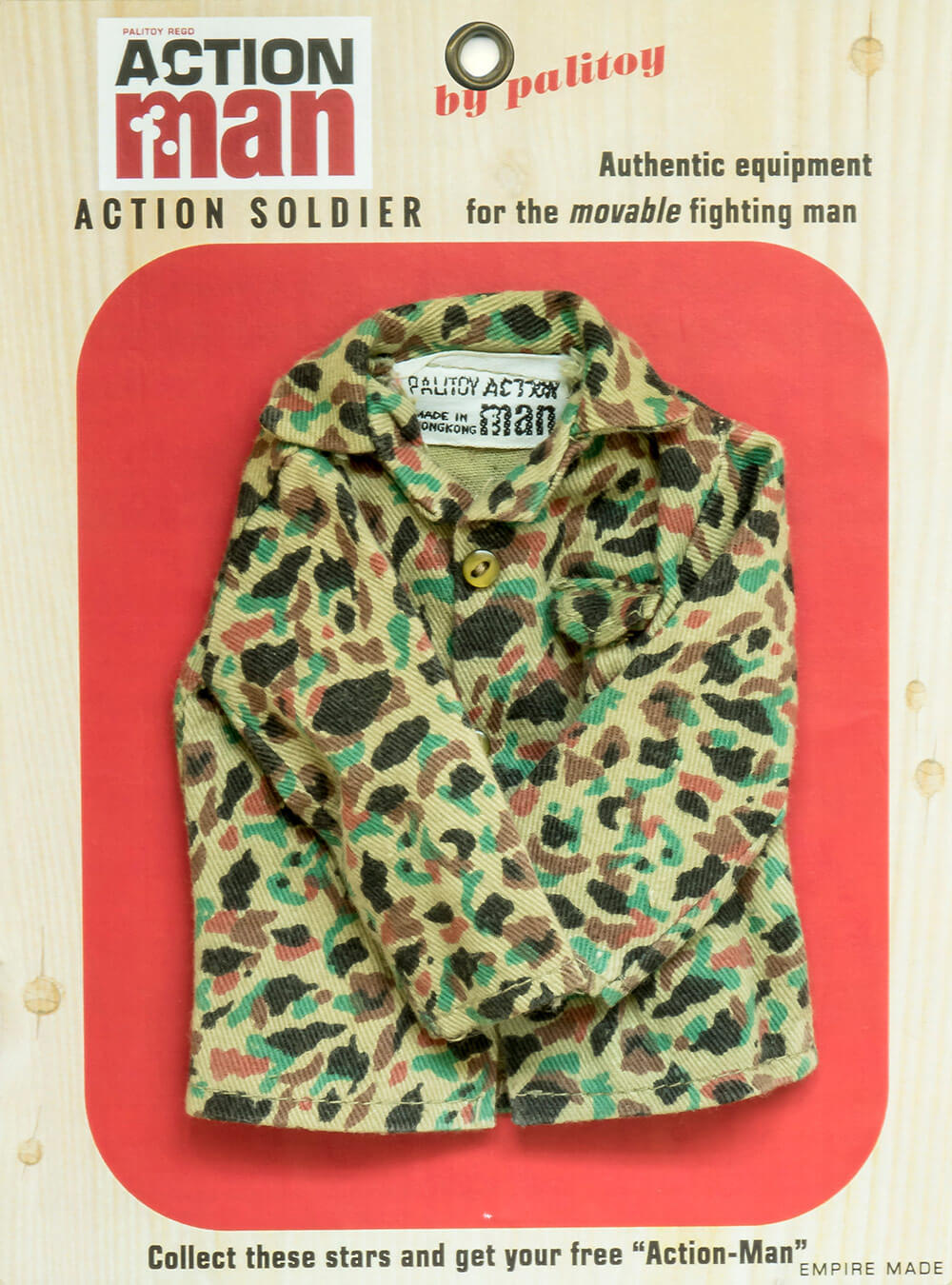 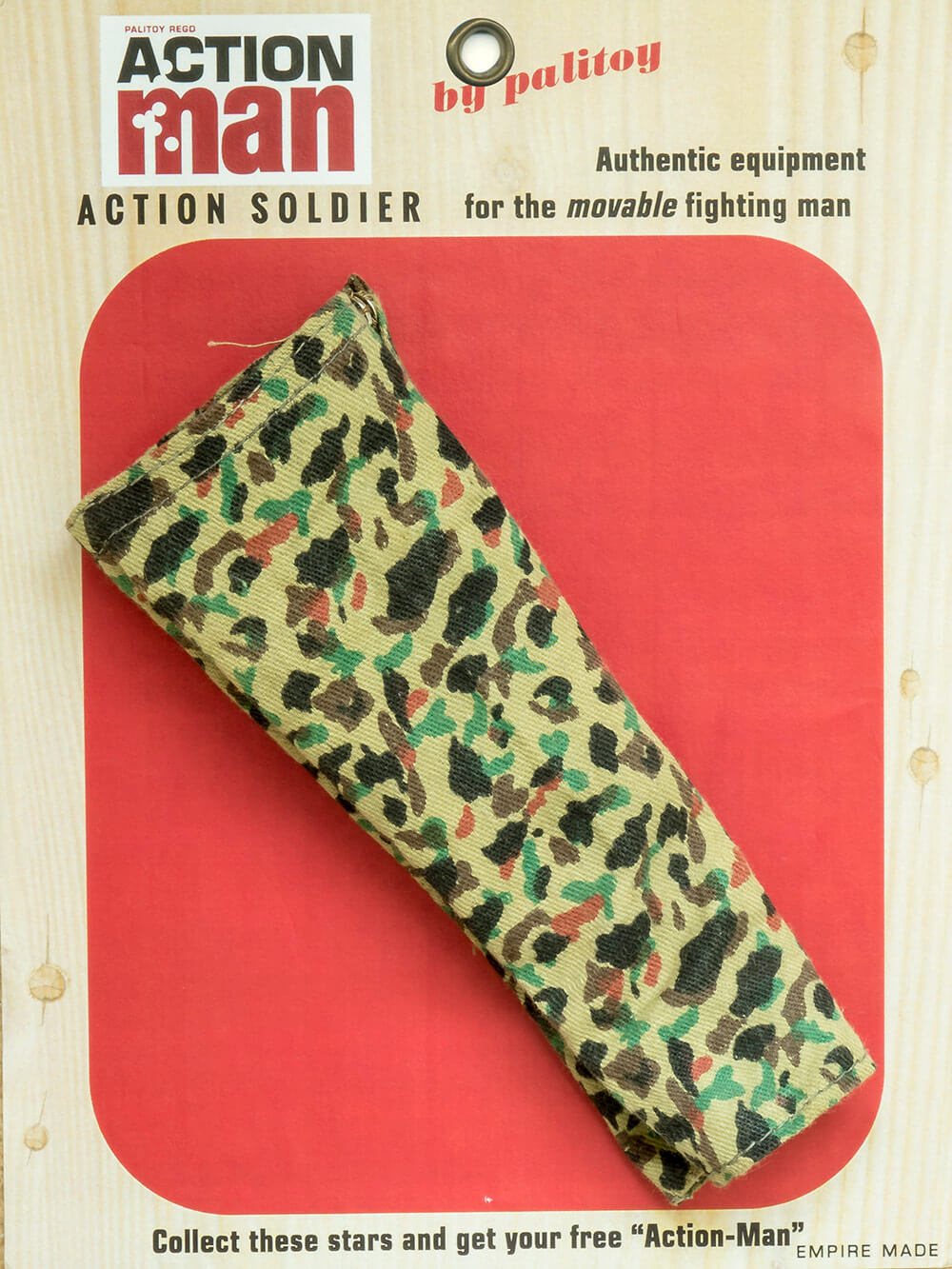 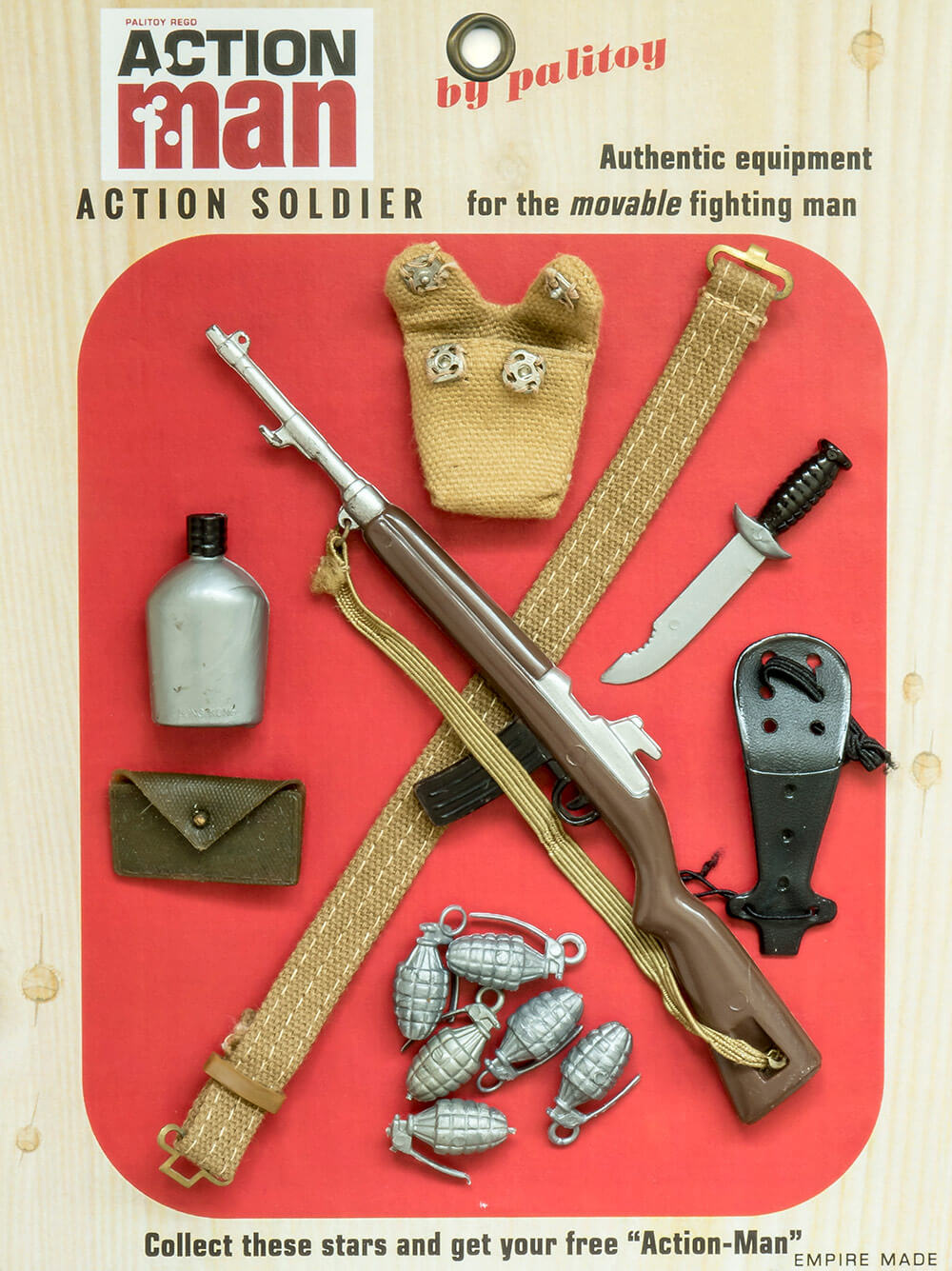 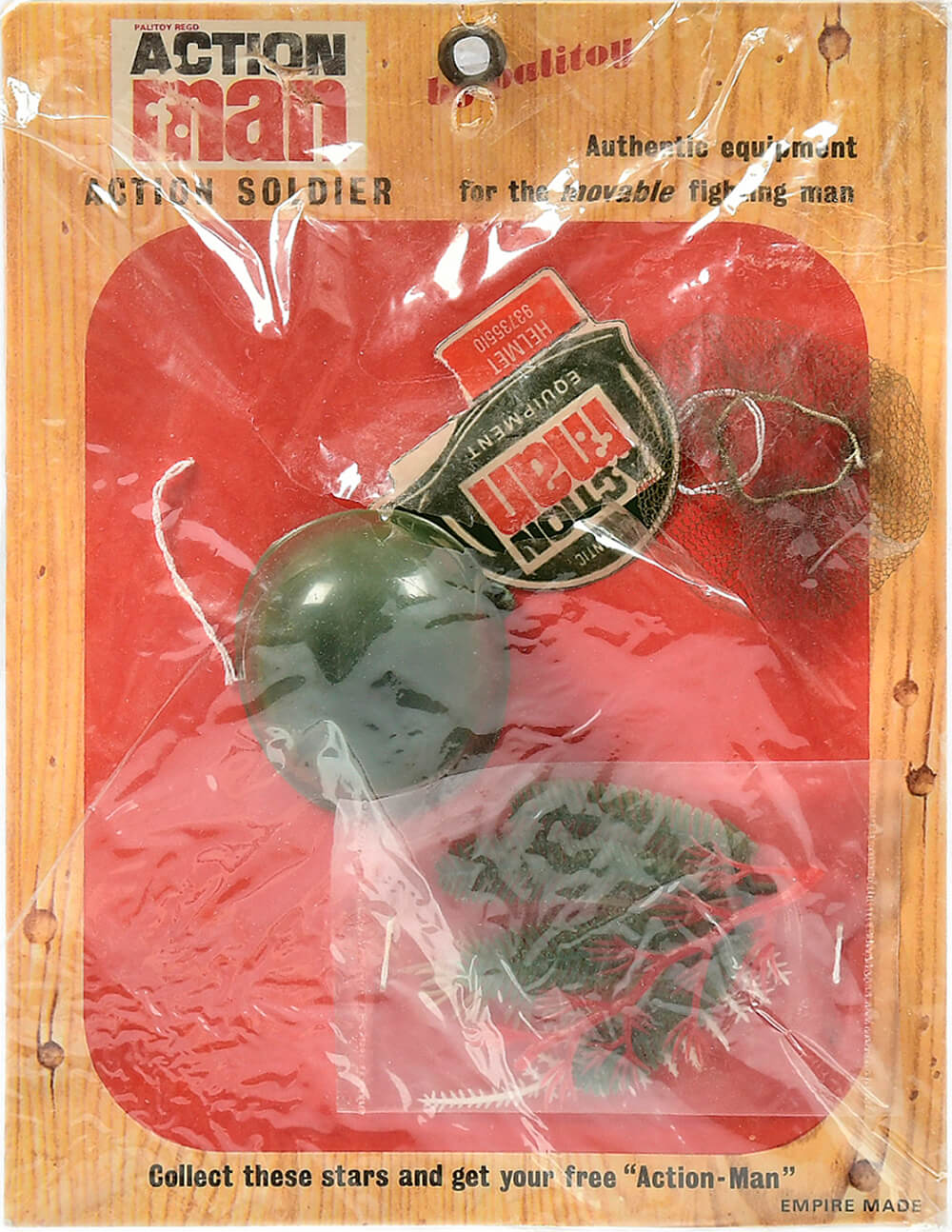 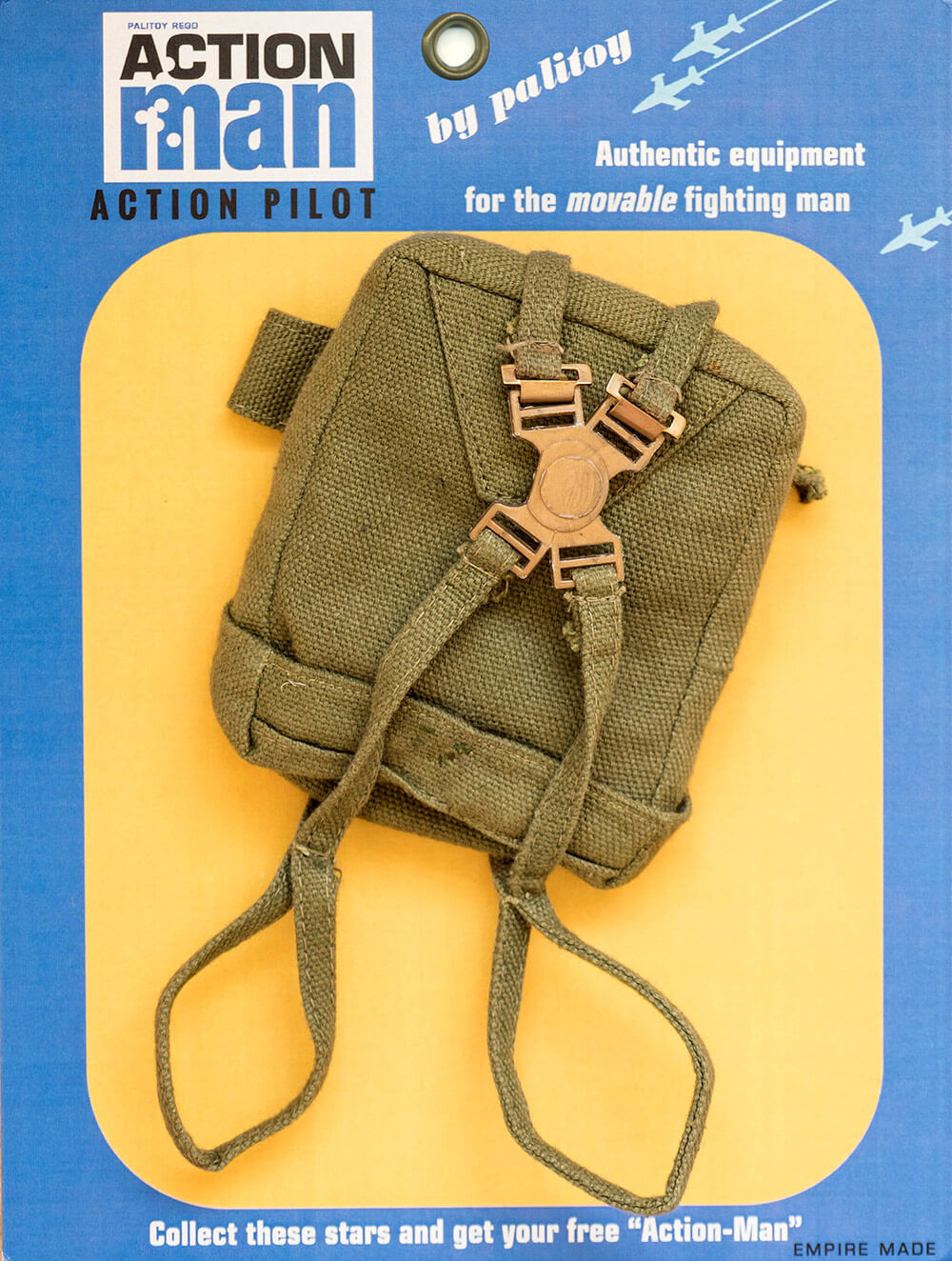