The Action Man Royal Horse Guards (The Blues) is better known to collectors as The Blues & Royals. Originally launched in 1970 the 'Famous British Regiments', renamed the next year 'Famous British Uniforms' and colloquially known as the 'The Ceremonial Range' were fantastically detailed. They included the Grenadier Guard and Argyll & Sutherland Highlanders (and the Parachute Regiment [battledress]) to begin with. It later included the Royals Marines [No.3 Dress], Life Guards, Royal Horse Guard (Blues) and 17th / 21st Lancers. A separate Horse was also available without, or with full dress saddle.

The Action Man Blues & Royals uniform is a very authentic looking uniform. It is generally accepted that it less common than the Life Guards uniform as it had a shorter production period. The pair share many pieces of webbing and equipment. The breeches are a nylon type of material and are rather prone to yellowing if kept out of daylight. Also the elastic in the braces can degrade. The spurs are vulnerable to damage, as is the delicate plume stand on the helmet. The sword is intricate and the tassels can sometime be missing. Cuirass breast plate armour was also available as an accessory. Early example helmets were not chrome finish, but appeared as silver paint and featured a painted red cross on the guards emblem (same true of Life Guards). The tunic's buttons have rear flanges that punch through fabric (unlike 40th examples). The belt should have a slight texture, and sword a slight curve to its length and a white tassel on its handle. The 'current' figure at time of launch were the 'new' flocked hair type. The sleeve bears a metal 'Waterloo' badge honour. Painted head figure type dating from 1966 shown only for display. Details of spotting 40th from vintage click here. 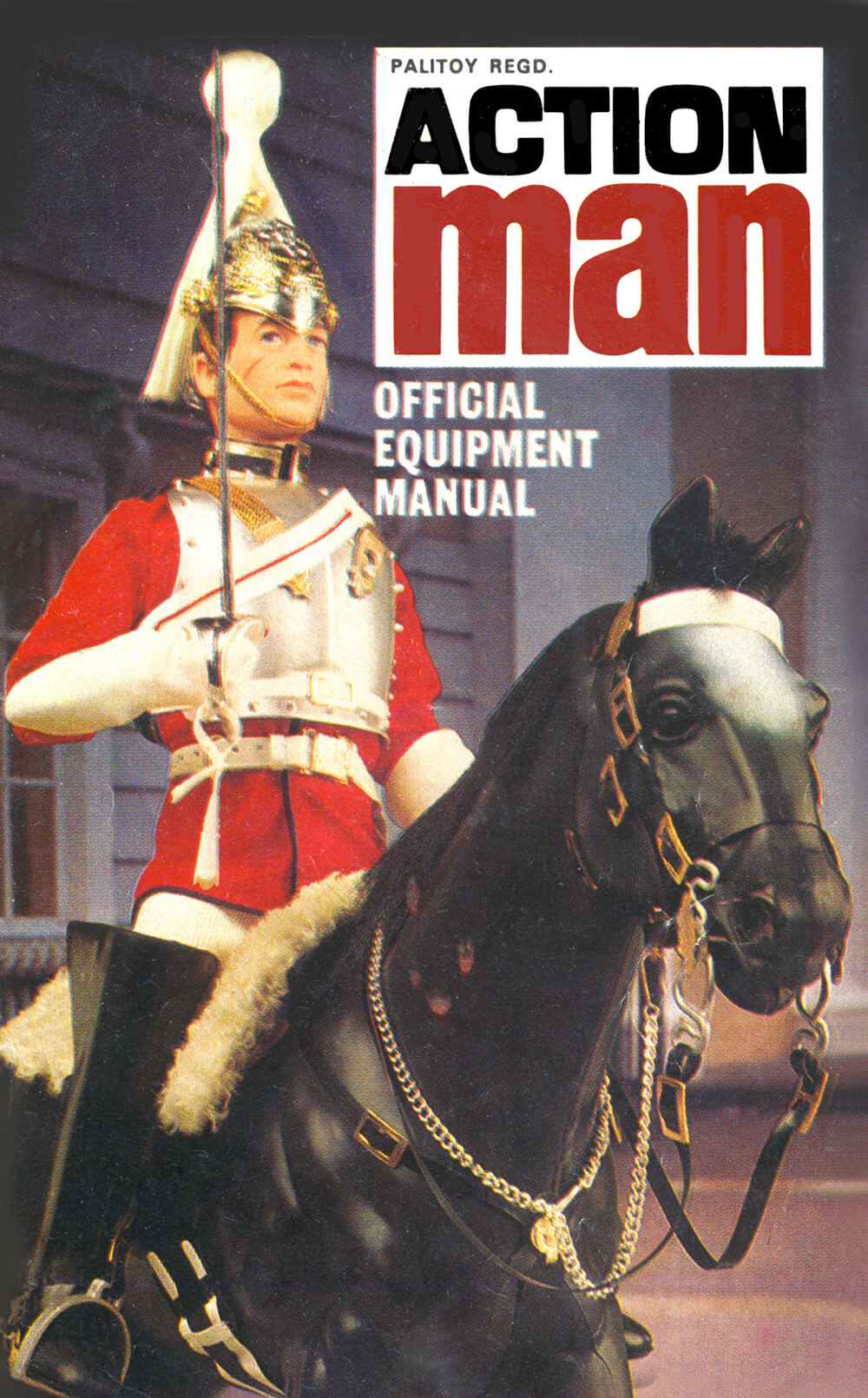