The basic Action Man Action Soldier figure from 1966, could be accessorised with one of these popular uniforms from the range entitled "Soldiers of the Century" that first appeared in c.1967 and appear in the 1968 Equipment Manual. They included the British Infantryman, German Stormtrooper, Russian Infantryman, Australian Jungle Fighter, French Resistance Fighter and American Green Beret. All sets were available in one complete set, or on two 'half cards'. Also included with the set was the 'Intelligence Manual' - showing line drawings of all the 'Soldiers of the Century', their equipment and a brief summary of their exploits. This uniform was re-released under the same name of Australian Jungle Fighter in 1973 as part of the 'Soldiers of the World' range, with major changes. The original side panels on the packaging were adorned by artwork by American Sam Petrucci of the US design agency Thresher and Petrucci.

The Action Man Australian Jungle Fighter appeared in 1967 within the 'Soldiers of the Century' (SOTC) range and re-appeared redesigned for the later 'Soldiers of the World' range, most notably the 'new' Action Man Australian Jungle Fighter donning trousers. This particular uniform only appear in the 1967-68 Equipment Manual and is not as common as some in the range. The VC medal was also included within the British Infantryman set. Generally speaking, the folded back brim of the bush hat should be worn to the wearer's left. Components of uniform and weapons were also available on accessory cards. The flame thrower tanks should be camouflaged and have black elastic straps (which will ultimately perish and need replacement). The central tank retaining clip is often lost, and the tube connectors (at both ends) are often repaired from breakage. The machete scabbard can separate at the seams and the entrenching tool handle has a pvc tab that is often missing. The belt is particular to this set and the end frays easily and has trouble passing through the buckle. The temptation is to cut the fray off and thereby shorten the belt so look out for shorter ones. Long trousers available from separate later Equipment Card (with similar tunic). 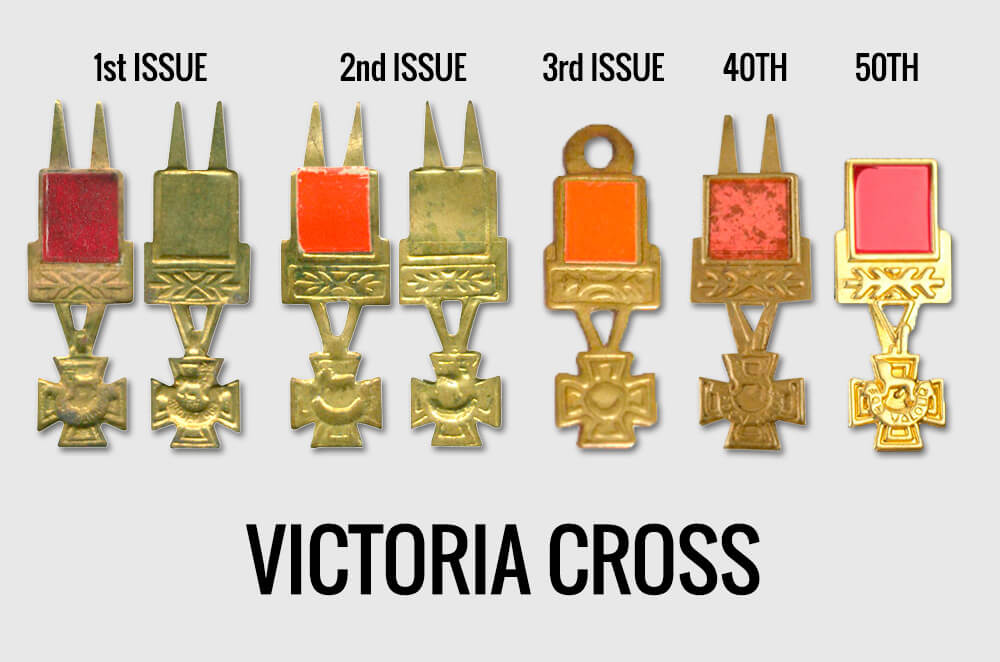 Australian Jungle Fighter on patrol in the jungle 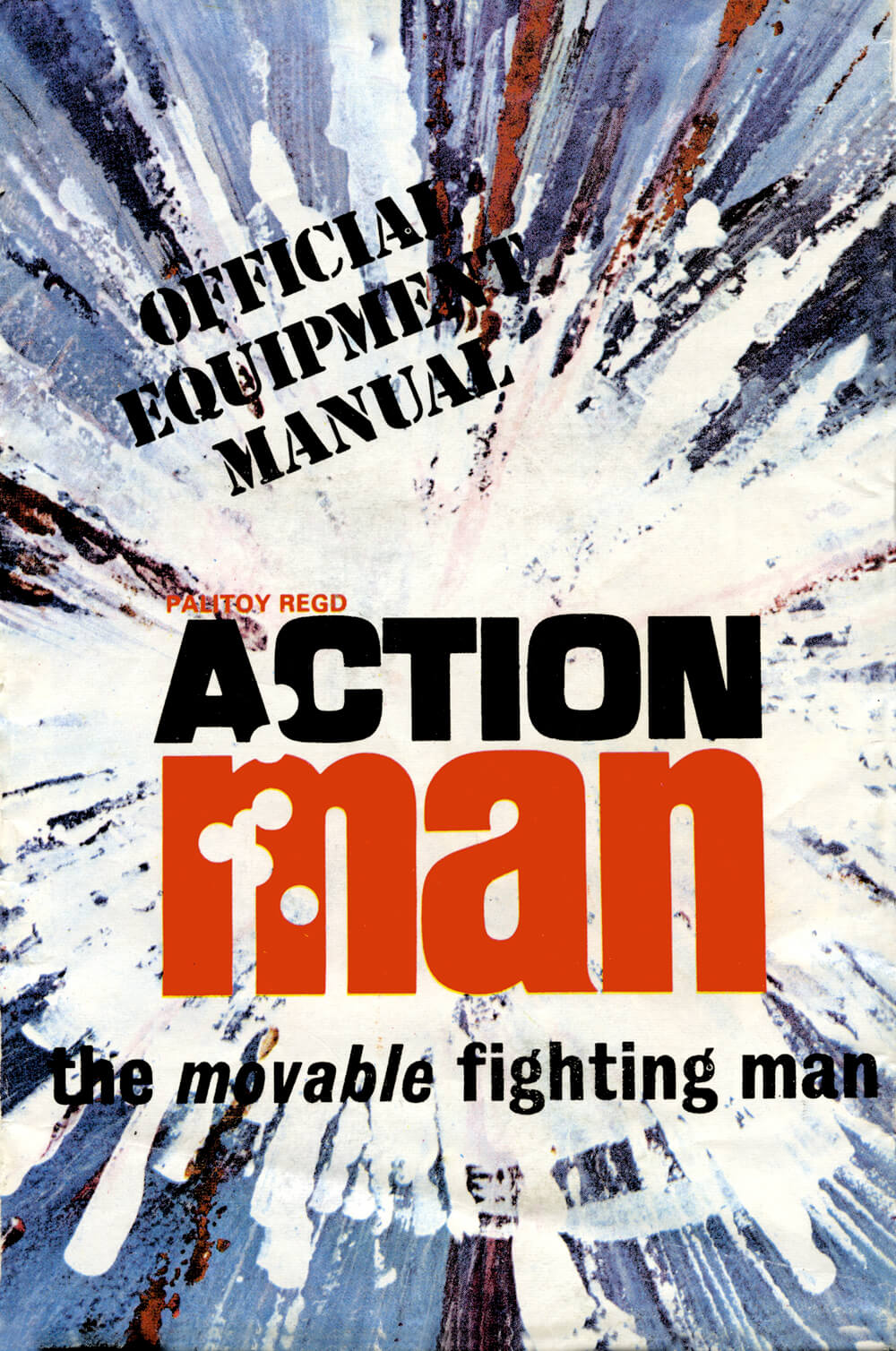 Back of Soldiers of the Century Card 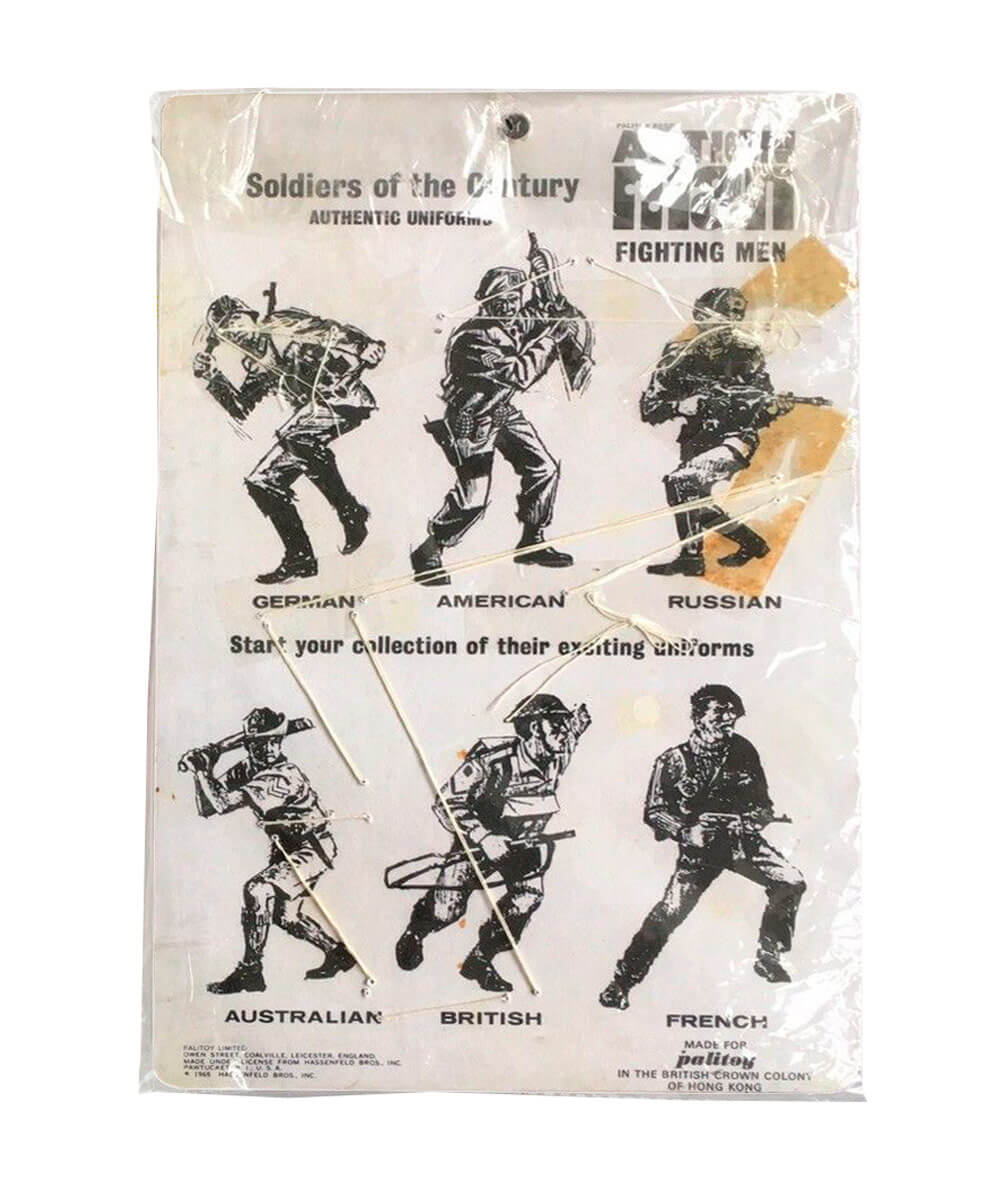 Rear of box (Soldiers of the Century) 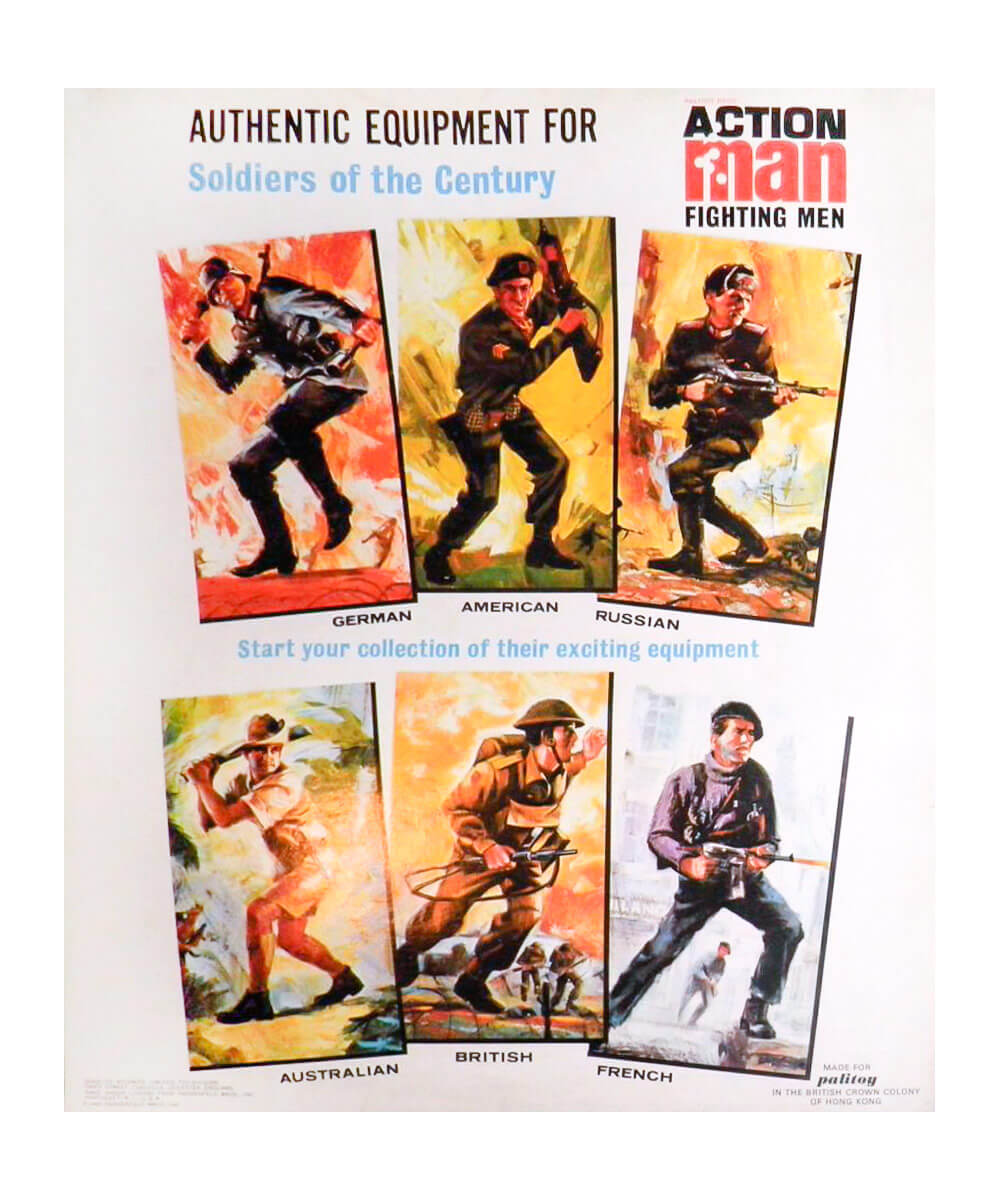 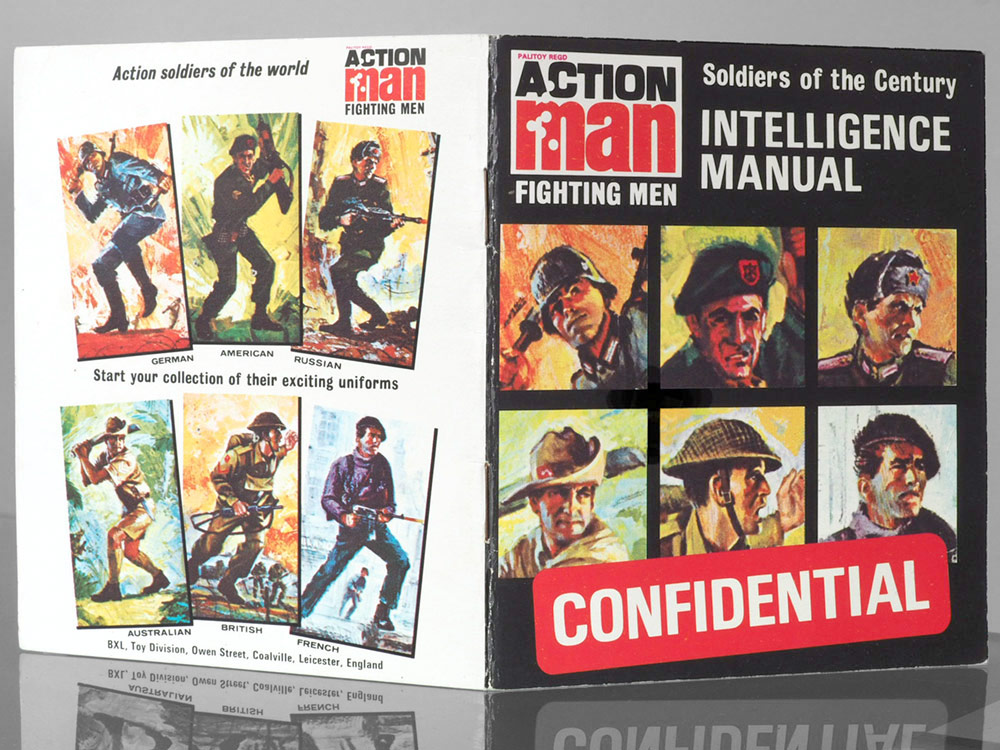 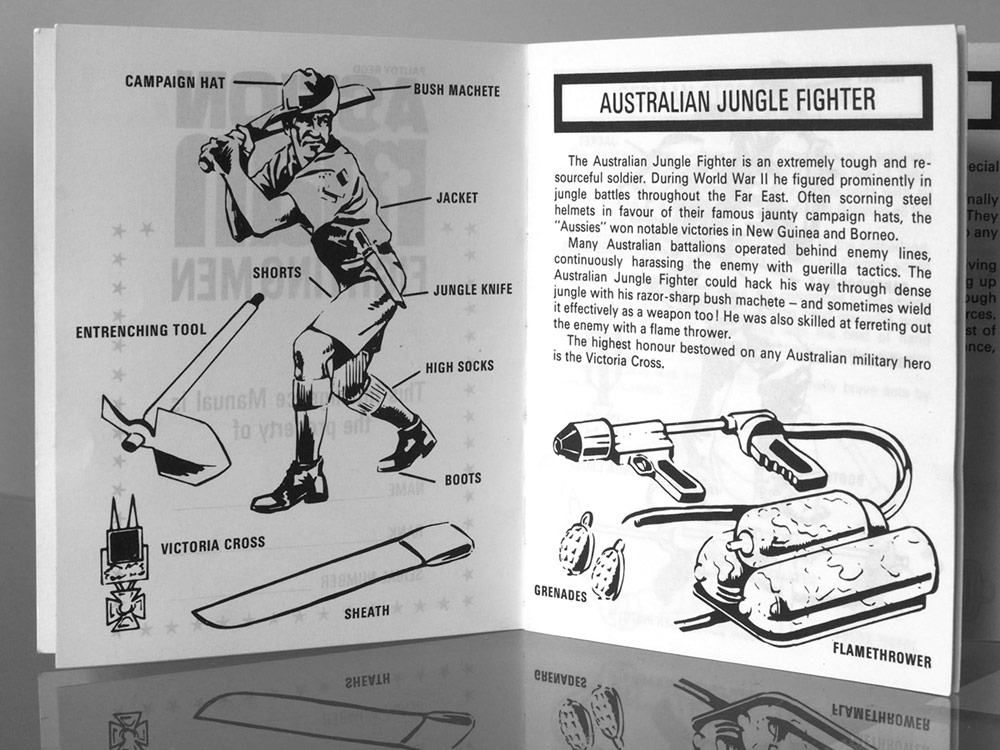